Warning! We detected you are currently off-line, please connect to gain full experience.


Zack Mbele has a problem. The Profit is in hock for repair costs and Kwai Chang Wu, a mobster, has bought the bank that holds the note. Either he does a job for Wu, or he’ll lose his ship.

The story of Zack Mbele and crew continues in the second book of the Profit Logbooks Series.

Zack Mbele has a problem. His ship, the Profit, is in deep hock and the notorious mobster, Kwai Chang Wu, has bought the bank that holds the note.

Either he does a job for Wu, or he’ll lose his ship.To make matters worse, his friend, Rabbit, is kidnapped, his crewmember’s family is brutally attacked, and his ex-wife, Cleo, is acting suspiciously. When Zack and his crew find themselves facing off with vicious crime bosses, criminal conspirators, deadly gangsters and a sinister goon with a bent for torture and killing, it isn’t a question of how high the body count will go, but who will make it out alive.

“Bruce Davis has got a real winner going here, running his series to three and the Solar System seems to be the limit. This is an old-fashioned space drama like nothing you’ve seen in decades. Good guys and bad guys and believable future technology all merged into a seamless tale so exciting you’ll dread to see it end.” – John B. Bowers, Amazon

“The Golden Moon Casino took its name seriously. Gold gleamed from every surface. Overhead, the shade was open and the nighttime lunar sky filled the domed skylight. A full Earth hung like a shiny blue bauble in the dark black of space. My escorts seemed unmoved by the sight. We reached the edge of the gaming floor and the second security man pushed forward. We paused as he opened a concealed door in a decorative cornice near one of the cashier’s cages. He stepped back, allowed us to pass and then followed, closing the door behind him—smooth and efficient, no wasted motion, and no chance for me to get a grip on him.

These guys were good. Casino security usually meant greasy little men in synthetic fiber jumpsuits. Professional muscle in thousand-yuan suits meant that we’d attracted the wrong kind of attention. We’d figured on some fallout from the casino, but by staying at a crowded, low-stakes table and spreading our winnings over several hours, we’d hoped that they would absorb the loss as a cost of doing business. Besides, to bust us, they’d have to admit that their tables were rigged.”

Bruce Davis stitches words together into engaging, heart pumping stories that carry you along for the ride. They are the stories that stay with you for the rest of your life as some of the best reading you’ve done, the kinds of stories you use to measure everything you read after. 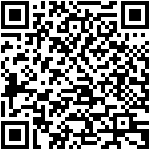 Like it? Please Share It!
Latest blog posts
Selling with Zero Commissions? Yes Please!
Version Update
Welcome to 2021, Book Lovers
Back online... let's do this!
Advertising on FindANewBook.com
Stats