THE TENANT'S WRATH (previously published as Outrageous Humans On Exoplanet) is a novel that has been written according to the author’s experience in living as a tenant. The author had tenanted in nine local houses from 2005 to 2010 before he shifted into his building in 2010. While he was living in this building, he published part of his book in January 2012. This work had only 112 pages, and it included only 500 printed copies.

He employed it to extract data from other tenants as he walked with his book in the streets. The author continued to tenant after he moved from his house in 2015. At the time of publishing this book, he has an experience of fourteen tenancies in local houses. There are nightmare tenants and troublesome house owners in some tenancies. How is this report presented?. Through appreciating efforts that are done in space technology and exoplanetology.

Technology has drastically developed nowadays and keeps on advancing rapidly. This has not left behind exoplanetology and space technology (let's appreciate how curiosity rover was positioned on mars). Presently, we can live outside our customized planet for several months. Due to it, we know the biological impact of lacking the Earth's gravitational force. For instance, cardiovascular behavior of the human body when it's in a weightless environment.

The laboratory that has been built outside the world by exceptionally committed scientists, International Space Station (ISS), is another justification of technology improvement. With the strength of current technologies, humans can get physically to 'ISS' building through the support of space shuttles, as it was the case of Atlantis and Soyuz in 2010. Also, as it was the case of SoyuzTMA-14M spacecraft in September 2014, and several voyages that have been done recently. Now, this is only the 21st century, what about 1100 years later?. Let’s imagine technology advancement in the 33rd century!. A reader may generate possible answers to it.

The report on how landlords and tenants live together is assumed to be written in 34th Century. One century after the first signal indicating aliens' presence is detected. A fictitious reporter from the Earth, writes it after he voyaged to aliens' planet. In nature, this exoplanet has very angry aliens.

The reporter does thorough research on aliens' culture, including their science, daily life, food style, theology, landlord-tenant relationship, education system, and others. Then, he writes a report which he forwards it to his fellow earthlings. It takes only a month for the emailed report to reach the planet Earth. 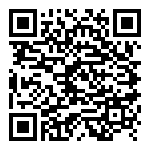